Pat Green on his return to Texas country, writing with Chris Stapleton and playing Nutty Brown

Texas country artist Pat Green has made a career out of reinventing himself, it seems. From an early career gigging around Lubbock to the fame and so-called “sell-out” phase of his career that started with “Wave on Wave” in 2003, to his return to Texas country a few years ago, he’s always been able to carry on. 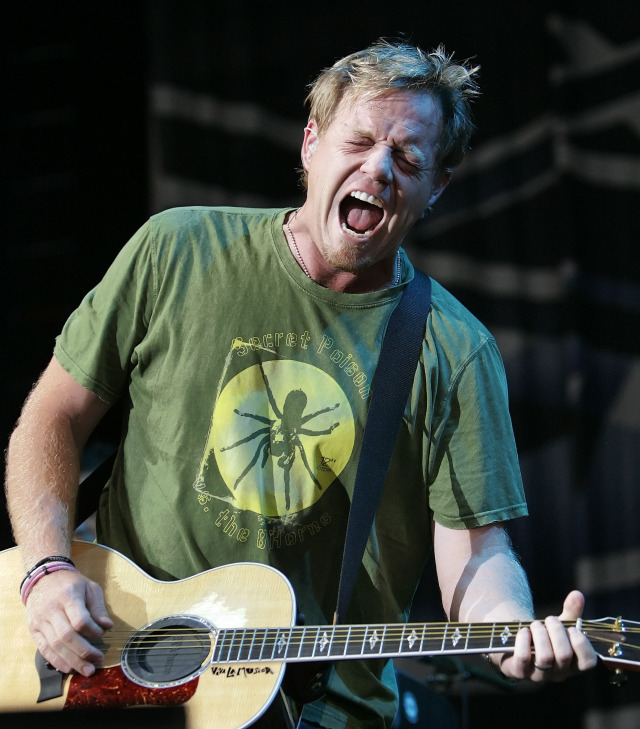 Now, touring with a new album (2015’s aptly named “Home,” his first collection of new material since 2009) and with a new EP in the works, Green is set to play the Nutty Brown Cafe this Saturday at 6 p.m. with Kyle Park.

The sounds of the two Texas artists should sound like a homecoming to many of Green’s fans, and he’s very familiar with many of the criticisms leveled his way.

“I think if I had stayed in one spot the entire time and not seen what’s all out there, it would have been boring,” Green said about his major label days. “I also think that if you’ve got some producer who’s willing to put money behind your album, you tend to listen to that opinion. But, all those albums later, that opinion can get stale. I love being back in Texas, but those were good days at RCA.”

His latest album, “Home,” features a lot of collaborations with Texas artists and current and former Nashville stars. One of those collaborations was with Chris Stapleton, who co-wrote”Right Now” with Green, who sings the track with Sheryl Crow.

“I’m not even gonna mince words, [Stapleton’s] a serious writer,” Green said. “When we met, we had pleasantries for maybe, like, two minutes and then he’s like, ‘Alright, let’s get to work.’ His voice is great, too— his voice makes me look like a chump.”

The album also features a collaboration with none other than Lyle Lovett, “Girls From Texas.”

But what’s next on the horizon for Green? A new EP, which is where he says the music buying trend is going.

“Used to be tapes, CDs, downloads, and now it’s just moved into the streaming singles market. People only really might want like two or three songs per album. If you’re Taylor Swift, you can put out whatever the hell you want, but if you’re me, you gotta be more selective. But, live, if you pay $25 to see my fat ass sing, you can hear whatever you want.”

He’s also been trying his hand at other aspects of the arts, and seems to be perfectly content with where he is now.

“I’m just trying to be the best me I can be— these past few years, I’ve learned to paint and sculpt, just seeing what other leaves there are to turn over. It’s just amazing to be at a beautiful place in life. My job is to make stuff up, and I just love it.”

Pat Green and Kyle Park will play at Nutty Brown Cafe this Saturday at 6 p.m.